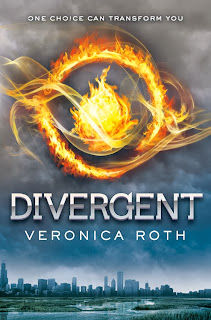 In Beatrice Prior's dystopian Chicago world, society is divided into five factions, each dedicated to the cultivation of a particular virtue--Candor (the honest), Abnegation (the selfless), Dauntless (the brave), Amity (the peaceful), and Erudite (the intelligent). On an appointed day of every year, all sixteen-year-olds must select the faction to which they will devote the rest of their lives. For Beatrice, the decision is between staying with her family and being who she really is--she can't have both. So she makes a choice that surprises everyone, including herself.During the highly competitive initiation that follows, Beatrice renames herself Tris and struggles alongside her fellow initiates to live out the choice they have made. Together they must undergo extreme physical tests of endurance and intense psychological simulations, some with devastating consequences. As initiation transforms them all, Tris must determine who her friends really are--and where, exactly, a romance with a sometimes fascinating, sometimes exasperating boy fits into the life she's chosen. But Tris also has a secret, one she's kept hidden from everyone because she's been warned it can mean death. And as she discovers unrest and growing conflict that threaten to unravel her seemingly perfect society, Tris also learns that her secret might help her save the ones she loves . . . or it might destroy her. 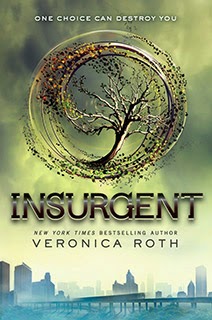 Fighting for survival in a shattered world… the truth is her only hope.
The thrillingly dark sequel to No. 1 New York Times bestseller, DIVERGENT.
I have done bad things. I can’t take them back, and they are part of who I am.
Tris has survived a brutal attack on her former home and family. But she has paid a terrible price. Wracked by grief and guilt, she becomes ever more reckless as she struggles to accept her new future.
Yet if Tris wants to uncover the truth about her world, she must be stronger than ever… because more shocking choices and sacrifices lie ahead. 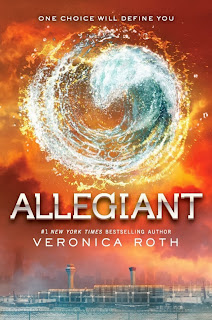 The faction-based society that Tris Prior once believed in is shattered—fractured by violence and power struggles and scarred by loss and betrayal. So when offered a chance to explore the world past the limits she’s known, Tris is ready. Perhaps beyond the fence, she and Tobias will find a simple new life together, free from complicated lies, tangled loyalties, and painful memories. But Tris’s new reality is even more alarming than the one she left behind. Old discoveries are quickly rendered meaningless. Explosive new truths change the hearts of those she loves. And once again, Tris must battle to comprehend the complexities of human nature—and of herself—while facing impossible choices about courage, allegiance, sacrifice, and love. Told from a riveting dual perspective, Allegiant, by #1 New York Times best-selling author Veronica Roth, brings the Divergent series to a powerful conclusion while revealing the secrets of the dystopian world that has captivated millions of readers in Divergent and Insurgent.

Warning: This series will play with your emotions excessively.

In my opinion, Divergent was definitely the best one. The whole plot progressed smoothly and logically. Even though the ending was a bit rushed, everything was adequately explained. In no way could this have been a stand alone book, but it served as a really good foundation book or the rest of the series. Unfortunately, for me, it all went downhill from here.

I thought Insurgent was mediocre at best. The one thing that really bothered me about this book was Tobias's and Tris's relationship. From my perspective, Tobias really seemed like a hypocrite. He continually forced Tris to tell her everything that was going on with her while Tobias refused to share anything. For some reason, that I don't understand, people seem to blame Tris a lot for constantly lying to Tobias, but he was lying just the same. The only difference between them was that Tris understood the need to keep some information private, while Tobias couldn't discern the line. Another thing that was immensely unclear was Caleb's loyalty. First, he transfer to Erudite: act of betrayal. Then he drops out of Erudite initiation: act of loyalty. Then he sides with Jeanine again and practically delivers Tris to her execution: act of betrayal. Then he tries to convince everyone that he didn't mean it: act of...I don't even know what. Tris working with Marcus for a completely different cause really highlighted the ideas that nothing was black and white, rather multiple groups that wanted slightly different things. This idea is developed further in Allegiant.

I finished reading Allegiant this morning and I'm still extremely conflicted about how I feel. I think that this book was ridiculously filled with information, to the point where it was overwhelming. First they found that the Edith Prior video was untrue, and then they found out that the Bureau of Genetic Welfare was lying and then Nita, who was against the Bureau, was also lying. But even though so many people are lying, most of the characters continue to believe every piece of information they are told. Everyone except Tris, who is always skeptical. The whole plot regarding the genetically pure and the genetically damaged seems so horrific but reflects our society to such an extent its frightening. Now regarding Tobias and Tris's relationship. Both of them have definitely grown since the previous book and are finally beginning to uphold the promise they made to each other. The only thing that seemed childish was the fact that Tris would be jealous over Nita with regards to Tobias. It's completely understandable for her to feel that way but for Tobias to throw that in her face in order to lessen her credibility was a jerk move. Finally I'm going to talk about the ending that had me in tears. Before I had read it, the ending was ruined for me, which is why I was able to see so many clues leading up to it. Are there rules that main characters shouldn't die? Of course, no reader wants to read about the main character dying, but I personally thought it worked. Looking back on it, this was being built up and foreshadowed, not just throughout the book, but also throughout the entire series. When Tris's parents died for her, she was exposed to the idea of self-sacrifice for the first time and continues to contemplate it. In the second book, she tries to implement this idea when she decides to go to the Erudite headquarters in order to spare the lives of her fellow Dauntless. Finally in the last book, she understands the idea of self-sacrifice and when it's necessary and is finally able to successfully execute it. There is also a major theme of family. No matter what Caleb does, he's her brother and when it comes down to it, she'd give her life for him. No conditions. By the end, I admit the character I was the most upset for was Christina. Earlier in the story she had mentioned how she was slowly losing each of her friends and by the end of the book did it hit me how true that was, how lonely her life is and will be.

I think one of the major things that hit me hard in this book was the interactions between Tobias and Tris in the first book and then after she died.
Tobias said to Tris: "I'd only go to your funeral if there was cake."
At Tris's funeral, there wasn't cake. But he still showed up.
A quote that was meant to be a joke turned into a horrific reality.

Posted by Unknown at 1:43 PM No comments: