I have gotten so many books that now I seem to need another bookshelf. Enjoy!

Posted by Unknown at 8:57 PM No comments: 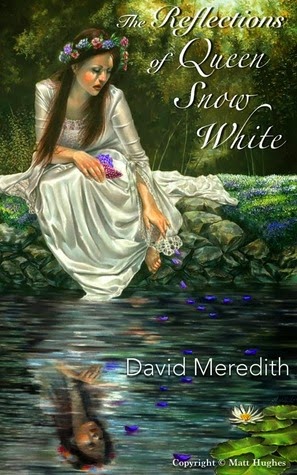 What happens when "happily ever after" has come and gone?
On the eve of her only daughter, Princess Raven's wedding, an aging Snow White finds it impossible to share in the joyous spirit of the occasion. The ceremony itself promises to be the most glamorous social event of the decade. Snow White’s castle has been meticulously scrubbed, polished and opulently decorated for the celebration. It is already nearly bursting with jubilant guests and merry well-wishers. Prince Edel, Raven's fiancé, is a fine man from a neighboring kingdom and Snow White's own domain is prosperous and at peace. Things could not be better, in fact, except for one thing:


The king is dead.


The queen has been in a moribund state of hopeless depression for over a year with no end in sight. It is only when, in a fit of bitter despair, she seeks solitude in the vastness of her own sprawling castle and climbs a long disused and forgotten tower stair that she comes face to face with herself in the very same magic mirror used by her stepmother of old.

It promises her respite in its shimmering depths, but can Snow White trust a device that was so precious to a woman who sought to cause her such irreparable harm? Can she confront the demons of her own difficult past to discover a better future for herself and her family? And finally, can she release her soul-crushing grief and suffocating loneliness to once again discover what "happily ever after" really means?

This book was an interesting take on the traditional Snow White tale. I'm not completely sure if this story is supposed to be an actual book or simply a short story but I personally think it would make for a better short story.  While the plot and concept of the story was interesting, the characters weren't developed as well as they could have been. For example, I didn't perceive Prince Charming with the reverence and admiration that Snow White did. Rather, to me, he seemed a bit creepy.

The actual writing of this book wasn't bad but it wasn't great. In my opinion the author used too many complex words that were neither suited for his projected audience nor necessary to the story. There were too many concentrated throughout the pages of this book, which was just a bit too much.

All in all, I think this was a good fantasy story, however this is room for improvement. I would recommend this to anyone looking for a quick fantasy read.
Posted by Unknown at 5:14 PM No comments:

I finally read City of Bones!! I finally see what all the hype is about!

Posted by Unknown at 4:36 AM No comments:

I did some reviews! Let me know what you guys think of these books, I would love to have a discussion in the comments!

Posted by Unknown at 5:26 PM No comments:

Check out my BookTubeAThon progress!

Posted by Unknown at 5:22 PM No comments:

I wanted to share my thoughts on the newly released Delirium Pilot! Enjoy!

Check out my fantastic progress during BookTubeAThon!

Posted by Unknown at 9:57 AM No comments:

I've decided to start a new series on my channel called  Mash Ups where I do a mashup of reviews of a bunch of different books!
Here's my newest episode with Dorothy must Die by Danielle Paige and Proxy by Alex London.

I'm going to attempt to participate in BookTubeAThon! Here's my most recent update video!

Posted by Unknown at 8:43 PM No comments: