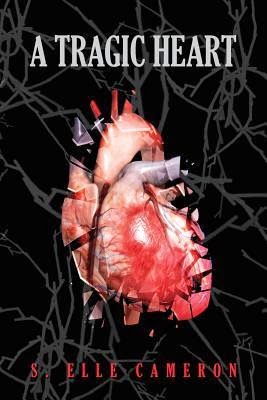 A heart-wrenching story about a young girl trying to find meaning in life, A Tragic Heart finds Taylor looking for reason while struggling to conquer her inner demons. Deftly juggling weighty themes that can be prominent in a teenager's life, while delving into the troubles of love triangles and growing up, this fantastic novel brings a surprising depth to the genre while ensuring readers are captivated from the beginning. Skillfully navigating the complex psychology of a troubled youth, this introspective story explores the tragic depths of a young woman in near constant suffering. What seems like an average tale of a troubled teenager coming of age will quickly shatter readers’ preconceptions with a number of gripping twists and developments. Flourishing into a more complete and introspective story, A Tragic Heart quickly proves to readers that it can be so much more than a stereotypical tale.


This book was nothing like I expected which is a fantastic thing. There's not too much I can say about this book without giving away most of the plot, but it's mostly an emotional drama. Although there was a relatively slow start to the book, once it got going, it just didn't stop. For some reason (regardless of the title), I went into this book thinking it was going to be a light, cute read. Man, was I wrong! This book makes you feel every emotion possible, from anger to annoyance to extreme sadness. Although the writing wasn't the best, it did its job of conveying the stories of each of the characters. There are so many dark topics that are touched on within this book, so I recommend it to older teens who are looking for intense emotional books.


Like I said before, the beginning wasn't all that good. I had been expecting a cute love story between Mason and Taylor, but when they were married 15% into the book, I was a bit skeptical.

I didn't really like Taylor throughout this book, especially at the beginning, since she didn't seem to be learning from her mistakes. I saw growth in her character as the book developed, but I just didn't like her personality. At the beginning she sounded whiny and annoying, complaining about love and how stupid it is, and then "falling in love" the very next day.

Once I got past the first fifty or so pages things started getting intense. Mason cheats on Taylor and gets another girl pregnant, and then Taylor tries to kill herself. This was the first time I cried while reading this book. It's not so much the event itself, but more how it affected other people. Both Mason and Peyton were worried that they were the cause of her attempted suicide, and I love that we got to see their points of view as well.

Maybe this is my lack of experience talking, but I don't understand how Taylor could possibly go back to Mason. I understand that he made a mistake, but especially after he hit her and she fell in love with Peyton, I think she should have called it off much sooner, rather than leading Mason on and getting more confused about what she wanted.

I loved Peyton towards the end. He was so sweet and caring. At the beginning I thought Taylor's obsession with him and getting to know him was a bit odd, but I loved Peyton's whole character in itself.

Once Mason, Taylor, and Peyton reconciled, I found their relationship a bit awkward, especially when Mason went with them on their trip to Australia. Just imagine how weird it must be to go on a trip with your ex wife/husband, and their new fiancé, who happens to be your cousin. The whole situation was just a bit weird, although they all really came through for each other, which is exactly what family does.

One thing I had bit of a hard time grasping was the short time length that this book covered, and the sheer youngness of every character. Taylor got married, divorced and engaged again from her seventeenth to eighteenth birthday. I really thought she would have been a bit more hesitant to get married again. She did take the second relationship a bit more slowly than she did the first, but not by much. All of these events would have been completely plausible if the characters had been in their mid-twenties to early thirties, but we were constantly reminded that they were still in high school. High school and college are supposed to be experimentation times, typically you don't commit to a marriage until at least college, so seeing a marriage in high school was something new.

Now let's talk about the ending. Of course as soon as I like a character, they have to die. I knew either Peyton or Taylor was going to die, just because they constantly talked about death and what would happen if one of them died, etc. But I didn't expect both of them to die. Throughout most of this book, I really wanted Taylor to die, not because I didn't like, but because I wanted to see how much of an impact she would have on everyone around her. But the way she did it though. She literally stabbed herself, which is incredible considering how much willpower that would take. Personally, I thought her reasoning for leaving her daughter was unjustified. She swore to be the best parent to her daughter and then a day later decides to kill herself.

I wished we could have had a little more backstory on Taylor. She talked about her parents and how cruel they were to her, but I wish I could have understood why. Why did they say 'I love you' to all of their kids but her? What caused them to drift apart?

Overall I really liked this book, much more than I thought I would. Though now I need a nice, happy, cute book to bring me out of this book depression I'm in.

*This book was provided by the author to read and review. This is a 100% honest review.*
Posted by Unknown at 9:49 AM